I love living in the future... 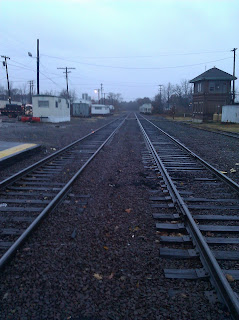 Yesterday was the last day of a co-worker and so a group of us took him out for drinks after work. When we finally called it a night, a quick check of the MBTA's website told me that my next train wasn't for another hour and forty minutes.  Can it get any worse than being stuck in North Station for over an hour while waiting for a train?

However, I'm living in the future, right?  While waiting for the Orange line at Back Bay, I pull up Amazon.com on my phone, find a new ebook for $0.00, "purchase" it, and by the time I've settled in to a rather hideously uncomfortable bench at North Station, "Bright of the Sky" by Kay Kenyon has been downloaded to my phone and I can lose myself in a surprisingly good sci-fi story about quantum computer based AIs and dimension traveling across branes.

However, I'm still ticked about the pundits in the 70's being wrong about the future. Where's my flying car so I don't have be waiting in the rain for my morning train to work?

Posted by John Anderson at 8:10 AM