I fear the wrath of Meredith... 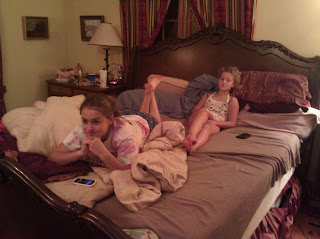 ...for the entertainment for this evening and for the foreseeable future are classic Disney movies from the cache of VHS tapes that Emma unearthed in the basement today. Tonight's feature presentation: Pocahontas. Emma and Deidre are transfixed by the previews of all the other Disney movies.

This isn't all bad, as Deidre has never really seen most of the Disney movies. I think this is going to guarantee that we buy the re-release of The Lion King on Blu-ray this fall.

Off to get the popcorn.

Posted by John Anderson at 7:51 PM No comments: 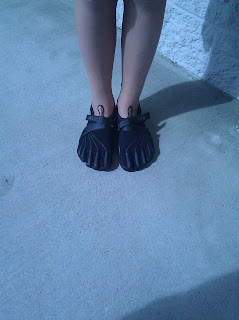 Deidre is now the proud owner of a pair of Skeletoes. She is a Mini-Mere.

Posted by John Anderson at 11:40 AM No comments: 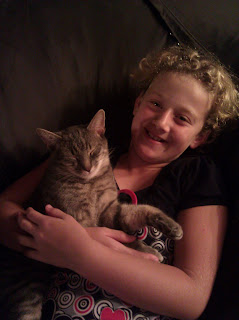 It's been a long week, and we're just taking it easy and hanging out talking about life/politics/etc.  Deidre is watching Netflix and cuddling with Ayiah (Egyptian god; Google it).

Posted by John Anderson at 8:07 PM No comments:

Camellia-sinensisphilia is on the rise in Pepperell 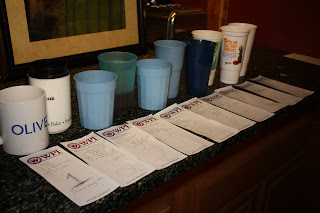 I arrived home this evening to a tea tasting.

For months now, Meredith and Emma have been becoming tea afficianados and ardent patrons of Teavana. Somewhere along the way, Deidre also become a fan of tea, so it didn't surprise me when she wanted to spend the money she raised selling lemonade this weekend at our yard sale at Teavana when we were at the mall this weekend prior to my ill-fated visit to NTB. The prices at Teavana were quite dear ($18 for a few ounces of tea!!) so Fiona decided to channel Deidre's interest in a different direction and took her shopping at the local Asian market and a health food store today.

When I walked into the kitchen, spread out before me was a regular production line for making loose-leaf tea, and several samples waiting in line with sheets of paper for each, giving the name of the mix (Fiona's favorite is #10, Fruity Tutti), detailed ingredients list and some notes about the quality of each as a hot tea and an iced tea. Deidre had already made seven different mixes and was working on the eighth while she was asking Fiona if she could run a loose-leaf tea stand at the next local fair to sell her own mixes.

As the evening progressed, she ended up with ten different mixes (five of which I thought were quite good) and a promise from me to try to sell the tea to my fellow commutants. Quite the little budding entrepreneur we have here. 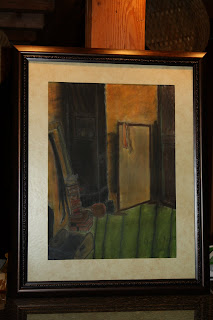 Deidre was selected from her classmates to have a piece of art she made included in an exhibition at school. Here is the finished product after Fiona framed it today.

Pretty darned good for a 10YO if you ask me. 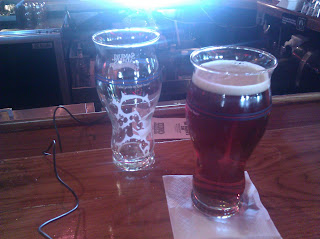 Posted by John Anderson at 4:14 PM No comments:

I managed to score a Bag O' Crap in a recent Woot-Off, and was asked by multiple people to let them know what I got, hence this post.

In the upper left-hand corner is a "Footflush".  I trust the name is self-explanatory.  I'm not sure that Fee will let me install it.  It looks kind of interesting.

Moving counter-clockwise, we have the "Rub-N-Color Solve the Mystery  Game Book".  Deidre is very keen to check this out.

The two colorful blobs below that are labeled "wibbly FUN".  Again, Deidre was keen to get her hands on these.

Below those is a "Furniture Cleaner and Polish".  Fiona is very keen to have me get my hands on this.

And last, and probably least, is a pink handbag with a flip-flop design motif.  I suppose I can carry the furniture polish in that.

So, in closing, yes, I certainly managed to snag myself a "Bag O' Crap".

EDIT: Despite my "rotating" the pic on my tablet before uploading, the pic is rotated 90° to the left from true. Sorry. 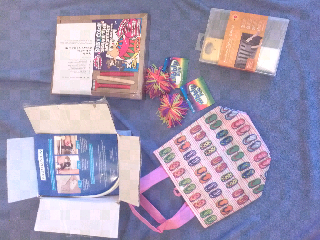